Screentime for Children: How Much is Too Much? 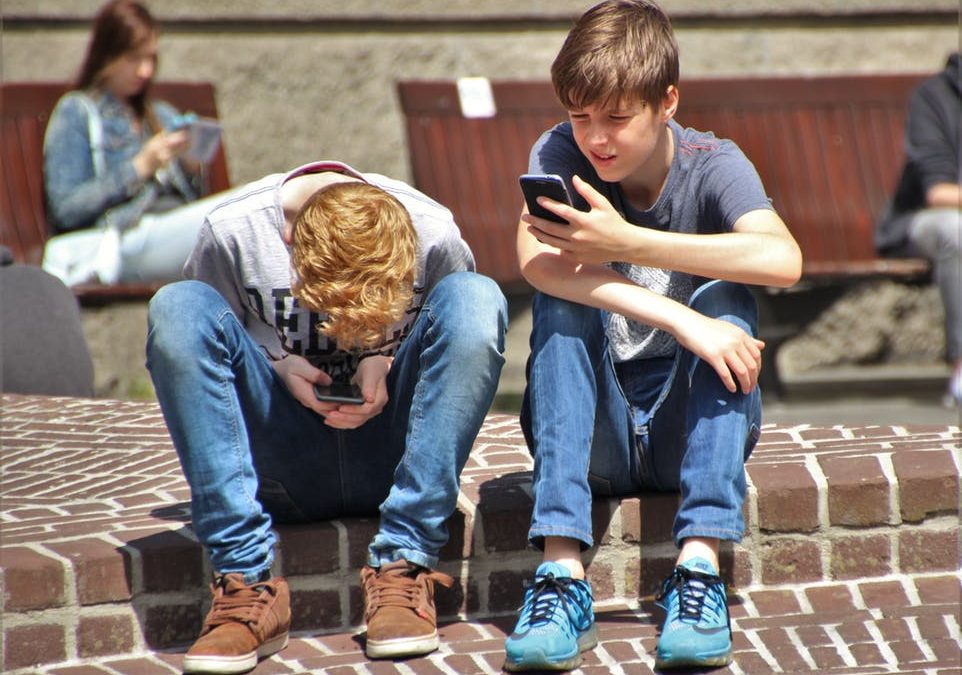 How are you reading this post? On your desktop? Tablet? Mobile device? Are you at home, or on the bus? If you are out in public, take a look around you. We can predict that 80% of the people surrounding you have their heads buried in their phones. Is this the new normal?

Kids age 8 and under spend an average of 2 hours and 19 minutes a day with screen media; where do you think they got these habits from? Children are impressionable and can easily pick-up on negative behaviors regarding technology from adults. How much is too much? How do you manage it? When is it okay to use and when isn’t it? Well, these are all questions discussed in recent studies regarding media use among children zero to eight.

The American Academy of Pediatrics released a new set of guidelines in October of last year which provided evidence based findings on why technology is O.K. for children of all ages, when used responsibly. Since then, the amount of screen media hasn’t changed much, but how kids use media has changed a lot. According to a report by Common Sense Media – an independent nonprofit organization dedicated to improving the lives of kids, families, and educators by providing insight they need to thrive in the world of media and technology – among 0-8 year olds, the average amount of time spent with mobile devices each day has tripled, going from 5 minutes a day in 2011 to 15 minutes a day in 2013 to 48 minutes a day in 2017.

The most recent study was part of a three wave series which tracked the use of technology among U.S. kids from 2011 till now. The survey included a representative sample of more than 1,400 parents from all socio economic levels, regions of the country, education levels, and racial and ethnic backgrounds. The key findings of the survey included:

Douglas Gentile, a psychology professor at Iowa State University who has studied the effects of media use on children noted, “it’s been getting harder for parents to really monitor a lot of what their kids are seeing and doing. At the same time, they’re relying on the seeming benefit of being able to quiet the kid at a restaurant with a device,” he said. “We may be building a bit of a Frankenstein’s monster, because we’re using that power for our benefit, not for the child’s benefit.”

Well, this doesn’t have to be the case.

Mobile devices are popular with kids, just as they are with adults so it’s important, as the guardian, to set an example; whether that means putting away all electronics during dinner, or shutting off screens earlier before bed.

So, the moral of the story according to years of combined research is that children are indeed spending a lot of time in front of a screen which isn’t necessarily bad, if used for the right reasons. Children grow up fast, but technology grows faster. To best utilize the power of this resource, it’s important to understand the difference between what is beneficial and unbeneficial for your child. There are a plethora of educational apps and videos online which can be used to further educate your child. Moderation and mitigation is key, but it’s important to understand that there is no one size fits all answer. Do what is best for you, your family, and your child.