Ready to read? Grab these titles off the shelf! 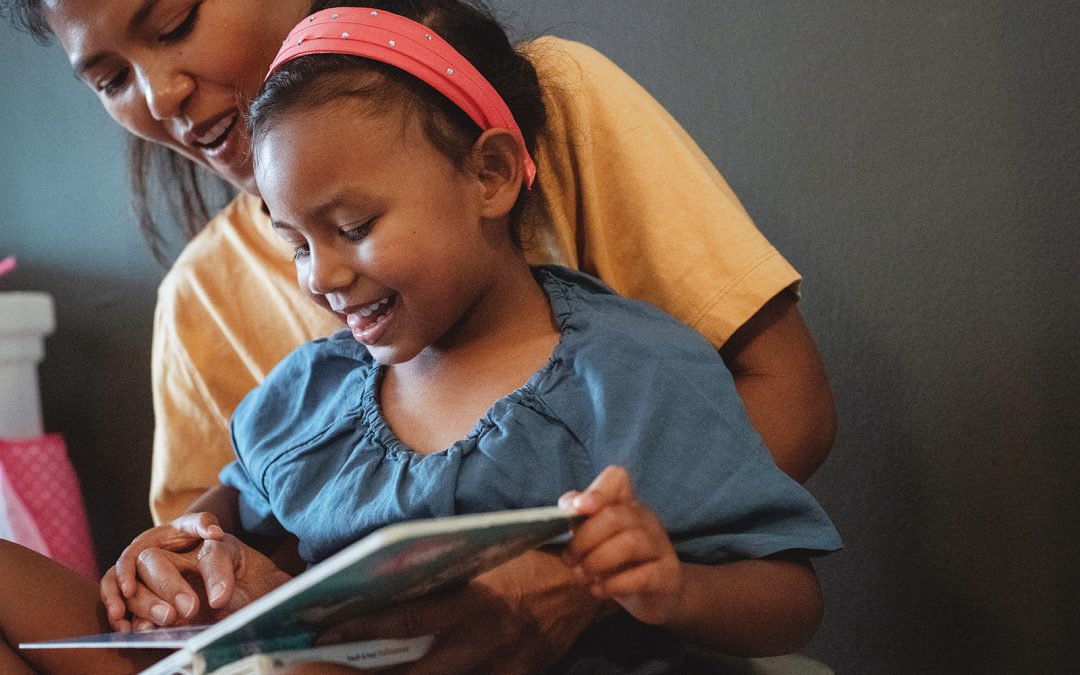 “Having been a Kindergarten teacher, I was often asked ‘how can I prepare my child for their school career?’” said retired teacher Juanita Baker. “My answer was simple — read to them.”

There is no shortage of evidence supporting the importance of children reading. Research has shown time and time again that reading to children assists with their cognitive development, relationship building skills and understanding of empathy. Additionally, children who read and are read to generally have an easier time concentrating, higher levels of creativity and more advanced vocabularies.

“Reading every day or night will reward your child with an opportunity to a better life,” Mrs. Baker said.

Beyond the developmental impact, reading with your littles will lead to moments they’ll never forget.

“I still have the fondest memories of my father reading to myself and my siblings, and when he closed the book at the end of the story — ‘read it again, Daddy,’” because at that time it was the only book we owned,” she said.

Laurie Ruff created a tradition with her children that has carried on to her sixth-grade classroom. When her kids were growing up, the family would read a few chapters of Harry Potter. Now, she reads the series with her students each year.

“I like how it shows good prevailing over evil,” she said. “I also read how to Beat the Bully without Trying. Again it shows how good prevails. Both show the value of friendship as well. I do a compare and contrast.”

Once your child falls in love with reading, you may start running out of titles to pick up. We asked around and had a number of great books suggested to us. Here they are, along with some of our favorites!

Let us know what your kids love to read by tagging #KazuTime on social media! 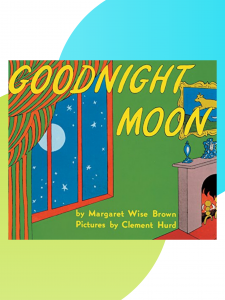 A classic choice, Goodnight Moon was published in 1947 and may have been read to you by your parents. The story features a bunny wishing everything around him a “goodnight.” The story was illustrated by Clement Hurd. 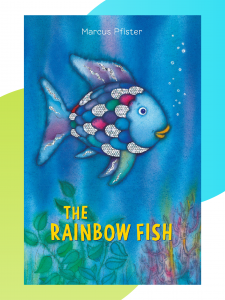 Another classic, The Rainbow Fish lets children know that it is okay to be different! The book features unique illustrations including foil stamping on every page. Between the beautiful pages and the great lesson, this one is a must. 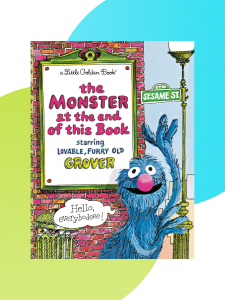 This “Little Golden Book” story features Sesame Street favorite, Gover. With every turn of the page, Gover begs readers not to keep going because of a scary monster at the end. Your little ones will LOVE finding out who the “monster” is! 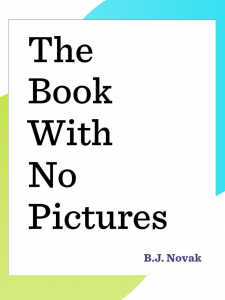 Yes, we know. The title sounds like a non-starter when you’ve got little kids but trust us. This story, by The Office’s B.J. Novak, may not include any pictures, but it’s hilarious and the entire family is going to love it! 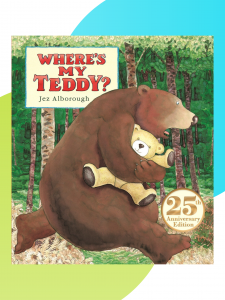 Eddy’s teddy Freddy has gone missing, so the boy is forced to go off into the dark woods to find the bear. He finds Freddy except the teddy appears to have grown significantly. Soon, Eddy finds out that Freddy isn’t his teddy after all, but whose is it? 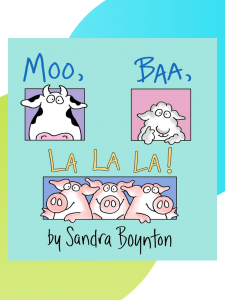 This one will likely make you giggle right along with your children! This silly board book is all about the different sounds that animals make, including three pigs who don’t oink as you’d expect. The author has a number of other great stories as well! 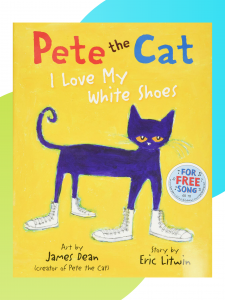 In the first in a series of “Pete the Cat” books, young readers follow Pete as his brand new white shoes change colors on a walk. Even after his new shoes aren’t white anymore, Pete keeps on keeping on and sings a catchy song along the way. 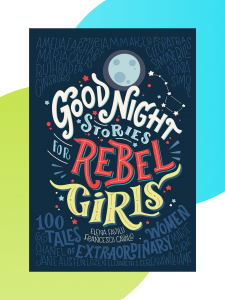 We heard from several moms who have this one on the top of their list. Each book in the two-volume series dedicates one page to the stories of 100 women along with illustrations by female artists. The series is recommended for children six and up. 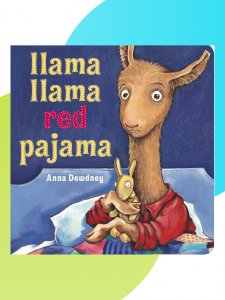 You and your child will both relate to this one, which features Baby Llama, who needs some reassurance. This rhyming tale is the perfect bedtime story. Booklist called this one a “real charmer that will leave preschoolers giggling and parents appreciating the familiar scenario.” 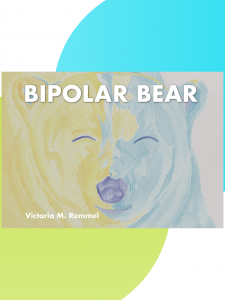 While this title isn’t as well known as the others we’ve mentioned so far, it is a great read! Bipolar Bear sometimes finds himself in the bright North Pole, but other times, he’s in the dreary South Pole. He uses tools he finds on his own and the help of his family to get back home. The book includes an interactive element, with sunglasses and a flashlight that can be cut out. 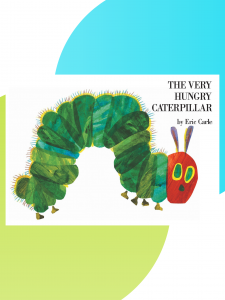 According to the publisher, there is a copy of this book sold somewhere in the world every 30 seconds. The board book features beautiful illustrations of a caterpillar who sets off to find something to eat. Carle’s “Brown Bear Brown Bear What Do You See?” is also sure to be a hit! 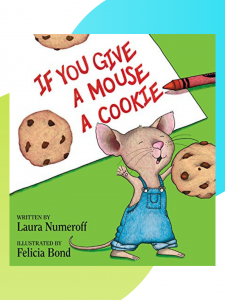 This story is rhythmic and sure to keep your kiddo’s attention! It starts with the decision to give a mouse a cookie – but once you do that, he’s going to want milk. It doesn’t end there! There are several other books in the “If You Give…” series, so if your child likes this one, there are other titles to reach for! 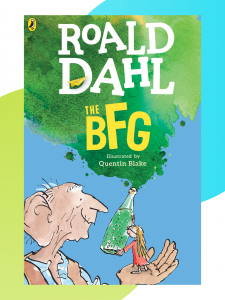 Most of the time, we think of giants as big, mean, scary creatures but BFG is an exception. When a little girl named Sophie is carried off by BFG, she learns that giants are “flush-bunking off to England to swollomp a few nice little chiddlers,” and enlists the help of BFG to stop them. 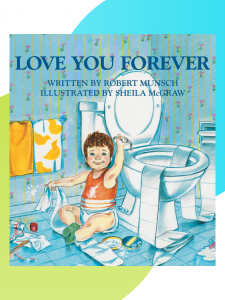 Any of Robert Munsch’s books are a solid choice for storytime, but this one is a favorite among generations of teachers and parents. In it, a mother cares for her growing child, reminding him that no matter how old he gets, he will always be her baby. Eventually, the time comes for him to hold his mother in his arms, instead of the other way around. Warning: This one is a bit of a tear-jerker. 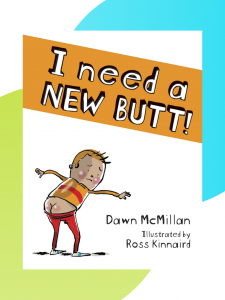 This one comes highly recommended by other moms, who say they enjoy it as much as their kiddos! It is a silly story about a young boy who sets off to find himself a new butt after realizing his is cracked. You may have seen pictures of the book circulating on Facebook – the book’s publisher says it’s had more than 1.3 million views.